Welcome back!  Today, we will feature a great strategy game where you build up a fast food business (!), as well as reboots of two classic games from the past! 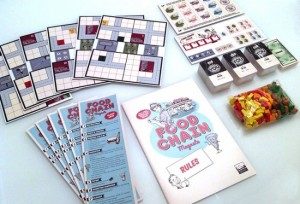 “Lemonade? They want lemonade? What is the world coming to? I want commercials for burgers on all channels, every 15 minutes. We are the Home of the Original Burger, not a hippie health haven. And place a billboard next to that new house on the corner. I want them craving beer every second they sit in their posh new garden.” The new management trainee trembles in front of the CEO and tries to politely point out that… “How do you mean, we don’t have enough staff? The HR director reports to you. Hire more people! Train them! But whatever you do, don’t pay them any real wages. I did not go into business to become poor. And fire that discount manager, she is only costing me money. From now on, we’ll sell gourmet burgers. Same crap, double the price. Get my marketing director in here!”

Food Chain Magnate is a heavy strategy game about building a fast food chain. The focus is on building your company using a card-driven (human) resource management system. Players compete on a variable city map through purchasing, marketing and sales, and on a job market for key staff members.

Each player starts as a single entrepreneur and builds up a fast food chain. They do this by hiring and training staff represented by cards, and by running the operations of their company, which is done on a variable board. The game continues until the bank runs out of money (twice). The richest player then wins. 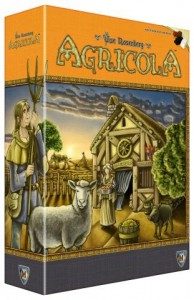 The 17th Century Was Not an Easy Time to be a Farmer.

The Agricola base game is a revised edition of Uwe Rosenberg’s celebrated classic. The game features improved all-wood components and a card selection from the base game as well as its expansions, revised and updated for this edition.

Players begin the game with two family members and can grow their families over the course of the game. This allows them more actions but remember you have to grow more food to feed your family as it grows!

Feeding your family is a special kind of challenge and players will plant grain and vegetables while supplementing their food supply with sheep, wild boar and cattle. Guide your family to wealth, health and prosperity and you will win the game! 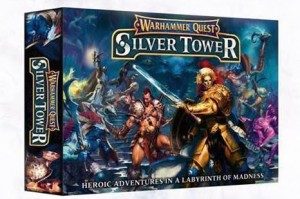 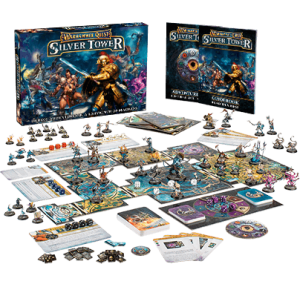 The long-awaited return of the classic dungeon-crawl!

Throughout the mortal realms the legends of the Silver Tower are recounted with awe and admiration. Tales of disparate champions good and evil, brought together by naught more than fate, battling against sanity-shredding horrors in the ever-shifting domain of the Gaunt Summoner of Tzeentch. Tales of bravery, heroism, treachery and betrayal. Tales of teamwork, success, and glory-hunting failure.

Some who tackle the Silver Tower seek a boon from the Gaunt Summoner, others wish to learn his true name, that they might destroy him. All must face foul, writhing monsters, bizarre, labyrinthine corridors bristling with traps and strange, maddening riddles before they even gain the chance to stand before his fell sorcery. The greatest champions, those who grow in strength over time as they solve the Silver Tower’s secrets, even they may fall at this hurdle – yet the riches, power and freedom they could gain drive them ever forward. But for every tale that ends in glory, another falls short, bringing only madness and despair…

Warhammer Quest: Silver Tower is a stunning boxed game set in the shifting, labyrinthine lair of a sinister Gaunt Summoner! Work with your friends to conquer the secrets of the Silver Tower, or take the glory for yourself – characters carry over the skills and treasures they have earned in previous games. The 13 double-sided board tiles mean no two adventures need be the same; a roll of the dice can send your adventurers off on wild tangents, with literally thousands of different dungeon-crawl combinations.